Thanks so much to giaonthemove.com for the nice mention of my show, ShoeboxLA and good friend Paul Evans:

“To cause viewers to pause and notice the mundane in the environments they pass through, notice the bits of unexpected beauty that sometimes go undetected through their lives.”
.

We remember Sophia Allison from last year’s exhibit of Doing Pennants: (Artist Made Pennants) at Fifth Floor Gallery, Los Angeles, which was organized by Paul W. Evans in 2012.

For those of you following the mobile art scene, this Los Angeles-based, multi-media artist has additionally been curating one-day, site specific, pop up exhibitions. ShoeboxLA, started in September 2011 (also with Paul). If you blinked, you missed it.

On November 21, 2013 through January 20, 2014, Sophia Allison has a home at the Moorpark College Art Gallery and will be presenting a solo exhibition entitled, “Far“ open to the public.

As a special treat, she will also be giving an Artist Lecture on Wednesday, December 4, 1:00pm, in the Campus Center Conference Room.

In Far, Sophia offers an autobiography of sewn landscapes and works on paper. The work is directly connected to and inspired by the organic surroundings of her childhood home in the mountains of Western North Carolina and her current home in Los Angeles. Far alludes to not only the physical distance of familiar locations but also the emotional aspects of memories attached to specific places.

In her sewn pictorials, Sophia places a printed image on fabric and repetitively sews through the paper, forcing it into the cloth fibers while simultaneously destroying the paper. Parts of the image are recreated with thread on the opposite side of the material. The effect is two- fold: on one side, the landscape is clearly articulated; on the other, the paper image is obliterated, leaving loose threads and uneven textures. The image is simultaneously destroyed and built up; it is recognized as a snapshot of a specific location and at the same time it becomes fragmented and abstracted. 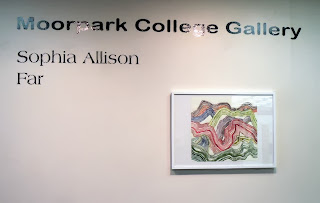 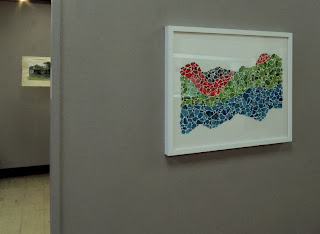 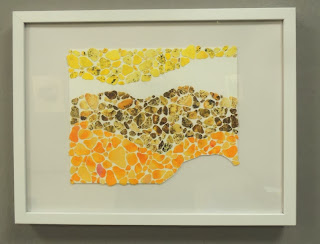 Posted by Sophia Allison at 4:10 PM No comments:

'Near' Examines Everyday Items and Places

Artist of the Week, http://hkarttutoring.com/artist-of-the-week-sophia-allison/, 8.11.14

The Horror of Tradition, ArtScene, September 2008

The Horror of Tradition: Artists Bound Together by the Common Thread of Tradition, 20 Minutes into the Future, 8.15.08